Creative Enterprise: Voices of Transformation is a series of interviews with visionary social entrepreneurs, executives, and authors whose work embodies the core emphases and values of the MBA in Creative Enterprise at Meridian:

Interviews are carried out on a ongoing basis. The series will evolve as an emergent library of inspiring voices articulating views of how business, non-profits and hybrid organizations can help transform our culture into one that is productive and life affirming for far more of its citizens.

Interest in social entrepreneurship is skyrocketing. Embracing green principles is almost a “given” now in business planning. So as a society we are making some progress, but is it enough?

Creative Enterprise: Voices of Transformation expands the inquiry, challenging us to consider sustainability and social entrepreneurship in the context of wider notions of applied wisdom and transformative innovation. Our intent is to inspire ventures of the future to meet a fuller spectrum of human needs including community building, issues of life-work balance, and restoring a sense of purpose and meaning in the workplace. In short, having business take its leadership role seriously, becoming a full partner in building a healthy society.

We invite your listening and participation. 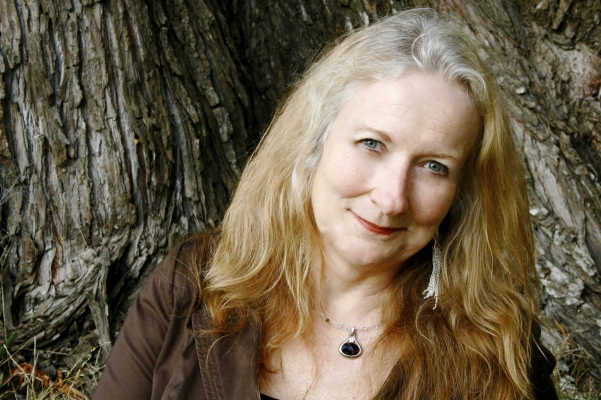 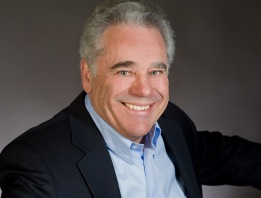 Rinaldo Brutoco is a well-known futurist, an expert on how to make money and do well by doing good, and the Founding President of the World Business Academy, a non-profit think tank launched in 1986 with the mission to educate, inspire, and assist the business community to take responsibility for the whole of planetary society.

Rinaldo is a frequent public speaker and a prolific author on renewable energy, sustainable business strategies, and the challenge of innovative and values-driven leadership. He is the co-author of a leading book on energy and climate change, Freedom from Mid-East Oil (2007), and a college textbook, Profiles in Power: The Anti-nuclear Movement and the Dawn of the Solar Age (1997). He has monthly radio show on BlogTalkRadio, “Conscious Commentary on Business and Society.” 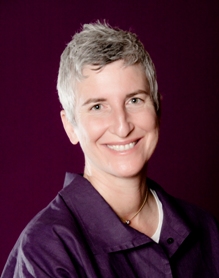 Tami Simon is Founder and Publisher of Sounds True, an independent multimedia publishing company based in Boulder, Colorado. The company’s mission is to inspire, support, and serve personal transformation and spiritual awakening. Tami founded Sounds True on the premise that listening is one of the most powerful ways to transform consciousness.

Tami is a founding member of the Integral Institute, a long-time member of the Social Venture Network, a Dharma Ocean Foundation board member, and a meditation instructor under the guidance of Dharma Ocean director Reggie Ray, who is carrying on the practicing lineage of Tibetan Buddhist teacher Chögyam Trungpa Rinpoche.

Lisa Nitze is President and CEO of the Social Enterprise Alliance. She took over at the Alliance in July 2010 after nearly five years at Ashoka, where she most recently served as Vice President of the Global Engagement Team.

Before joining Ashoka, she spent more than a dozen years as a consultant to nonprofits and public-private partnerships. She created the national public-private partnership Save Ellis Island! to restore and reopen America's primary icon representing the U.S. as a nation of immigrants. Lisa also created and was Executive Director of Prosperity New Jersey, a statewide economic development initiative.

She holds an M.B.A. from Stanford University, a B.A. from Harvard University and is a graduate of the Leadership New Jersey Program. She serves on the Board of Directors of the American University of Cairo and the College of the Atlantic and is a Speaker Specialist on social entrepreneurship for the U.S. State Department Office of International Information, having done speaking tours in India and Costa Rica. 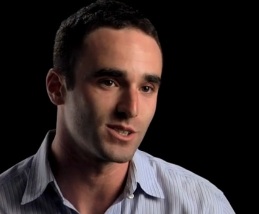 Daniel Epstein, President of Unreasonable Institute, CEO of SWAE Sports. A fundamental belief that entrepreneurship is the answer to nearly all the issues we face today has shaped Daniel Epstein's life. By the time he received his BA in philosophy he'd already started four companies. Today he is Founder and CEO of SWAE Sports, focused on leveraging eco-tourism markets as an international tool for development, and is President of the Unreasonable Institute, an international accelerator and seed stage investor in high impact entrepreneurs.

Each year the Unreasonable Institute unites 25 early stage entrepreneurs (deemed Unreasonable Fellows) in Boulder, CO for eight weeks, matching them with 60 leading innovators, investors and thought leaders. Through mentorship, access to seed capital, involved consulting, intensive skill training, a global network of support and international exposure, the ultimate goal of Unreasonable is to enable the world’s most promising entrepreneurs to launch ventures future generations will remember as having defined progress in our time.

Daniel believes in militant transparency and truthfulness in his everyday life and his work projects. He also struggles to take himself too seriously. 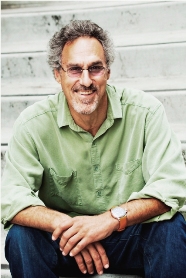 Woody Tasch is Founder and Chairman of Slow Money, a 501(c)3 non-profit formed in 2008 to catalyze the flow of investment capital to small food enterprises and to promote new principles of fiduciary responsibility to support sustainable agriculture and the emergence of a restorative economy. Tasch is Chairman Emeritus of Investors' Circle, a nonprofit network of investors that has facilitated the flow of $145 million to 220 sustainability minded, early stage companies and venture funds. For most of the 1990’s Woody was Treasurer of the Jessie Smith Noyes Foundation, where he pioneered mission related investing. He is an experienced venture-capital investor and entrepreneur, he has served on numerous for-profit and non-profit boards, and was founding chairman of the Community Development Venture Capital Alliance, which supports venture investing in economically disadvantaged regions. In 2010, Utne Reader named Woody one of “25 Visionaries Who Are Changing Your World.” His new book "Inquiries into the Nature of Slow Money" is published by Chelsea Green. 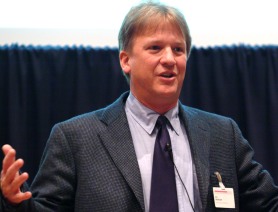 Jed Emerson is a SeniorFellow with the Center for Social Investing at Heidelberg University (Germany); a Senior Advisor to The Sterling Group (a multi-family office based in Hong Kong pursuing a sustainable/impact investing strategy for its clients); and is Executive Vice-President of ImpactAssets, a nonprofit financial services firm creating impact investing products to bridge the asset owner/impact fund market. He has held faculty appointments at Harvard, Stanford and Oxford Business schools. He is internationally recognized as a thought leader, originated the concept of Blended Value and has presented his work at the World Economic Forum, CGI and other events around the world. He is has produced books on social entrepreneurship and his latest book, entitled Impact Investing: Transforming How We Make Money While Making a Difference will be released in September. His various papers/research may be found at www.blendedvalue.org. 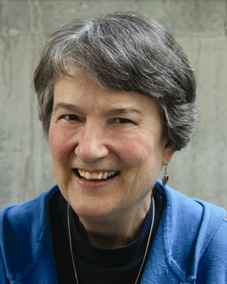 Fran Korten is Publisher of YES! Magazine, a national publication that connects powerful ideas with practical actions for creating a vibrant, healthy world. Before joining YES!, Fran served as a grantmaker for the Ford Foundation in Manila, Jakarta, and New York, where she promoted systems that help rural people steward water, land, and forest resources productively and sustainably. She received a Ph.D. in Social Psychology from Stanford University and taught at the national university of Ethiopia and at Harvard University. She lives with her husband, David Korten, on Bainbridge Island, Washington, where she bikes to work. She and David have two daughters and two granddaughters.